APPROXIMATE ACCURACY is a hybrid audio-visual performance especially desined for the ISM Hexadome, which borrows from modular sound and visual synthesis techniques, adapting them with contemporary digital tools.

The audio uses modular patches manipulated live: A number of oscillators form a matrix that is organized to interact/affect each other to produce a variety of sounds: from delicate, subtle sequences to rough walls of noise. The oscillator structure was realized with a digital Clavia Nord modular synthesizer system.

The imagery is based on digital emulations of modular video synthesis and tightly synchronized to the experimental electronic music. Microscopic textures and chaotic structures built from a multitude of simple forms will be the basis of the imagery. Combining algorithmic generation and audio-driven interaction, the base visual elements overlap to create dense and abstract fields.

Realtime interaction between sound and video creates overlapping layers of dynamic patterns resulting in complex synesthetic moirés. The open system allows for improvisation while at the same time staying close to the aesthetics of sound and video synthesis, and as such is an immersive performance that explores that many possible mutations of simple pattern-based systems.

The ISM Hexadome is an immersive 360° audiovisual installation combining art and technology.
It is the first step in the Institute for Sound & Music’s initiative to build a museum in recognition of sound, immersive arts, and electronic music culture.
The ‘Klangdom’, an advanced multi-channel speaker configuration created by ZKM | Institute for Music and Acoustics is hosted within a visual projection architecture designed by digital media studio, Pfadfinderei.

Funded by the German Federal Cultural Foundation and the Berlin Senate Department of Culture and Europe. 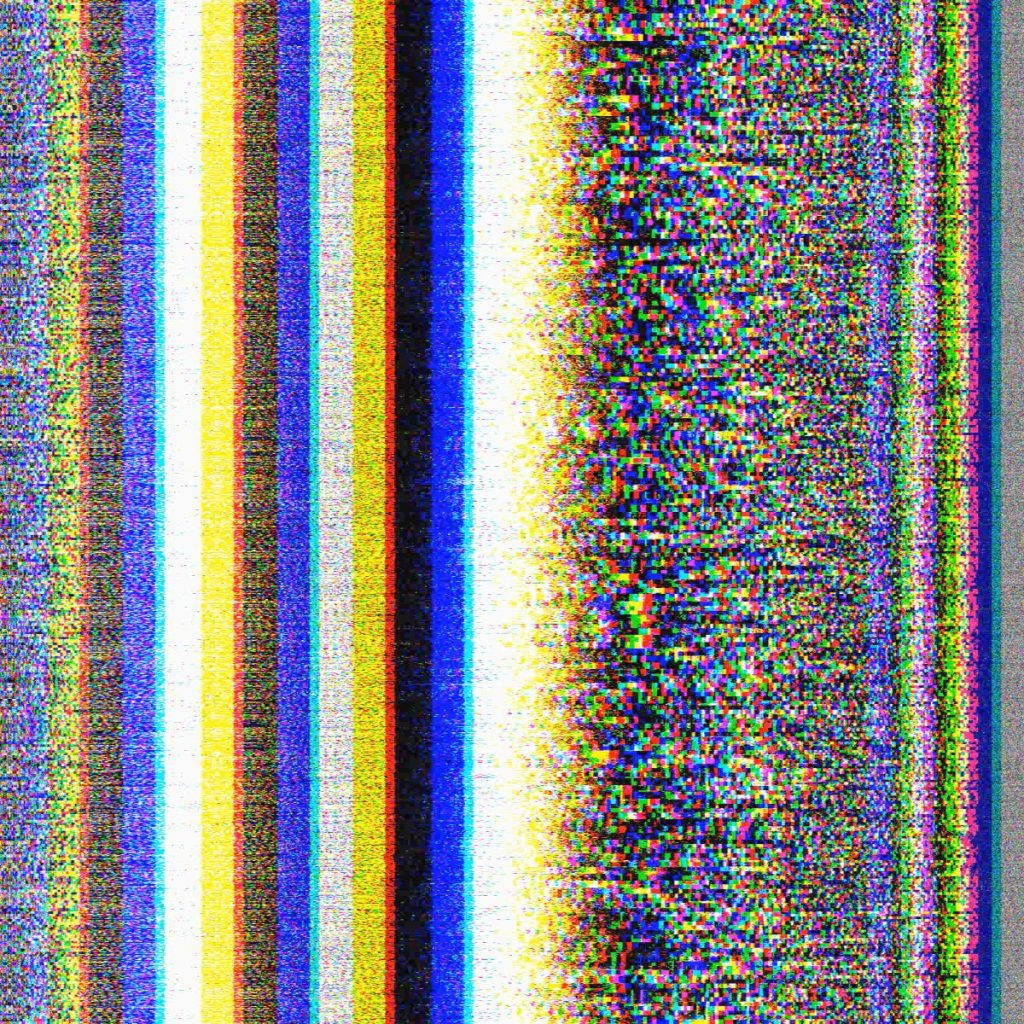 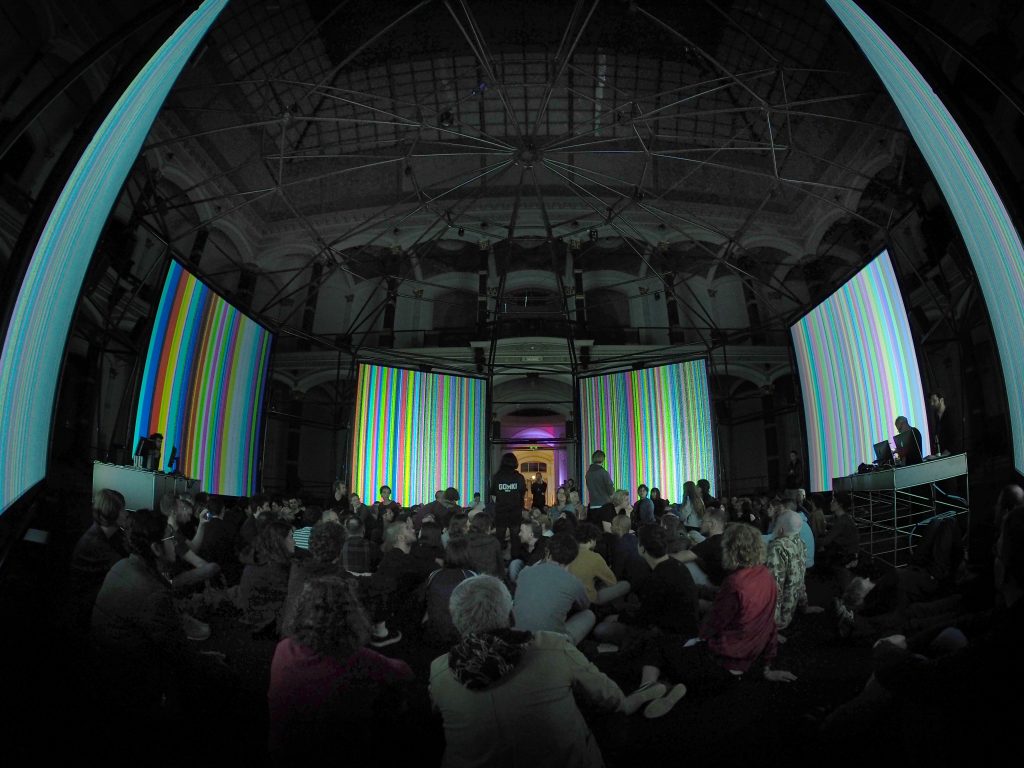