The Mirror and the Mask is a collaborative project by multimedia artist Pierce Warnecke and composer Yair Elazar Glotman. The project was developed in conversation between the artists, and is an alchemistic audiovisual performance exploring transformation, dematerialization, re-articulation and phrasing. The piece focuses on abstract, organic textures taken from known bodily surfaces, alienated and out of context. Both visuals and sound create tactile but abstract experiences. Drawing inspiration from the body horror genre, as dealt with in David Cronenberg’s early work, as well as drawing on themes from Borges and Burroughs’ imagery. As in Borges’ worlds, and in electroacoustic composer’s Horacio Vaggione’s work, a multiplicity of time scales and outcomes are present simultaneously. The images of the Mirror and the Mask, objects of concealment and refraction of identity, and their historical and fictional instances play a major role in the project.

Equal parts live cinema and 3D imagery, The Mirror and the Mask seeks to question boundaries of spaces, times and identity by juggling between physical objects and their virtual simulacra, between mask-like surfaces and their materialized doubles, between real-time object manipulations and fictitious archival imagery of inexistent relics. It is a theater of objects in which inanimate masks are brought to life and transformed via motorized movement, mirrors, lights, liquids and smoke. The sound, based on familiar but alienated source materials, further contributes to the sense of uncertainty, ambiguity and anxiety in the overall experience of the piece.

The performance’s audio elements are composed of sounds generated on the KYMA system, foley recordings as well as tape manipulations, a technique that also integrates real spaces and resonating bodies as reverb and unconventional echo chambers. Minor and major scales collide with micro-tonal tuning, further acting to create an ambiguous harmonic sphere. For the visual composition, mirrors (including projection surfaces and screens) are used as portals towards parallel representations of reality in which the fabricated mask-like artifacts are conjured into their virtual representations, skin-covered and pulsating. But just as they materialize in splintering flashes, the masks disappear- engulfed in smoke and intense polyrhythmic stroboscopes that leave in their wake an empty stage.
The collaborative project was commissioned by Mirage Festival and premiered in Lyon in March, 2016. 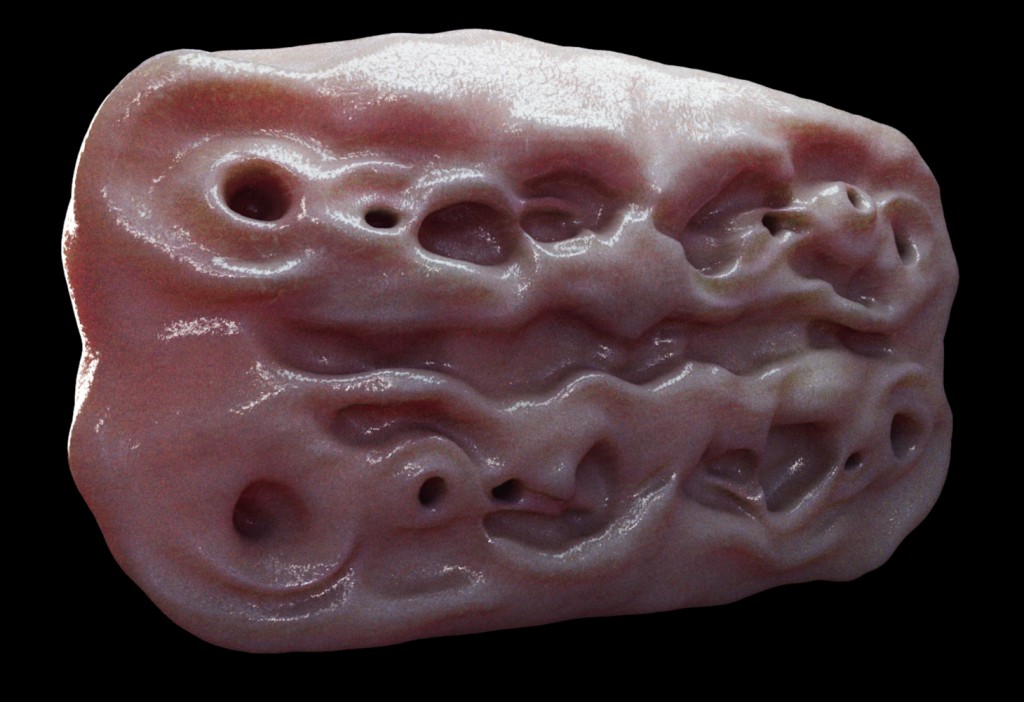 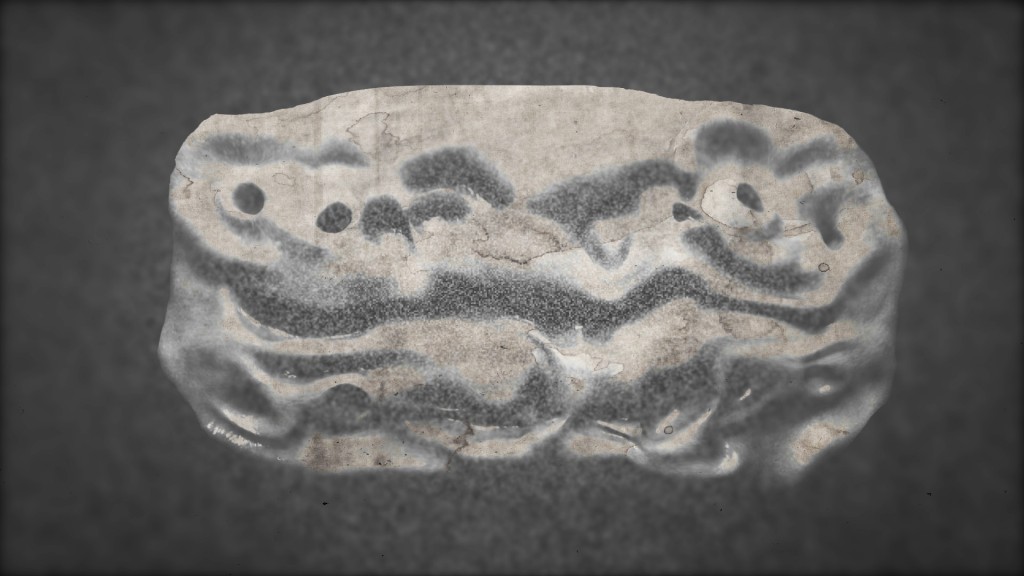