Current developments in technology can only let us assume that Kurzweil’s Singularity may be soon upon us. But once machines reach parity with humans, how will their coming of age actually unfold on a social level, and what kind of new relationships will be established between natural and man-made lifeforms? If an intelligent entity wished to reproduce with an animal, it could very well do so by learning to imitate all of the ceremonial aspects of that animal’s reproduction in order to seduce it: it would need, at the very least, to start by becoming an expert at mating calls.

Starting from this fictitious and facetious hypothesis of what it might sound like if machines tried to entice animals for reproductive purposes, Functional Mating Calls expands quickly from this semi-serious proposal towards a broader study of language as an emergent structure, comparisons to other sonic forms of communication, and how these might be perceived by various forms of intelligence (machine, animal, post-human and/or extraterrestrial). From pattern recognition to emulation to improvisation to transmutation, there are many ways to breakdown and analyze these aural forms of communication in order to study what exactly makes a language recognizable as such. But perhaps the real question isn’t what makes something a language, but rather at which point is it perceived it as such?

Scanning Through An Infinite Spectrum Of Noise to Find Anything Organized

3 – SETI vs The Turing Test

By Finding Or Generating A Partner In Conversation At Any Cost

(The Babble From Which All Our Constructs Derive)

The composition was commissioned by Deutschland Radio Kultur with additional support via a Faculty Fellowship from Berklee College of Music. Voice and instrument recording was done at Studio P4 at Funkhaus, Berlin. First drafts and analog electronics recorded on a Serge Modular System at EMS, Stockholm.

Click on the image below for a link to Deutschlandradio Kultur page regarding the premier, including an interview and a recording of the live performance with Matt Pogo on vocals. 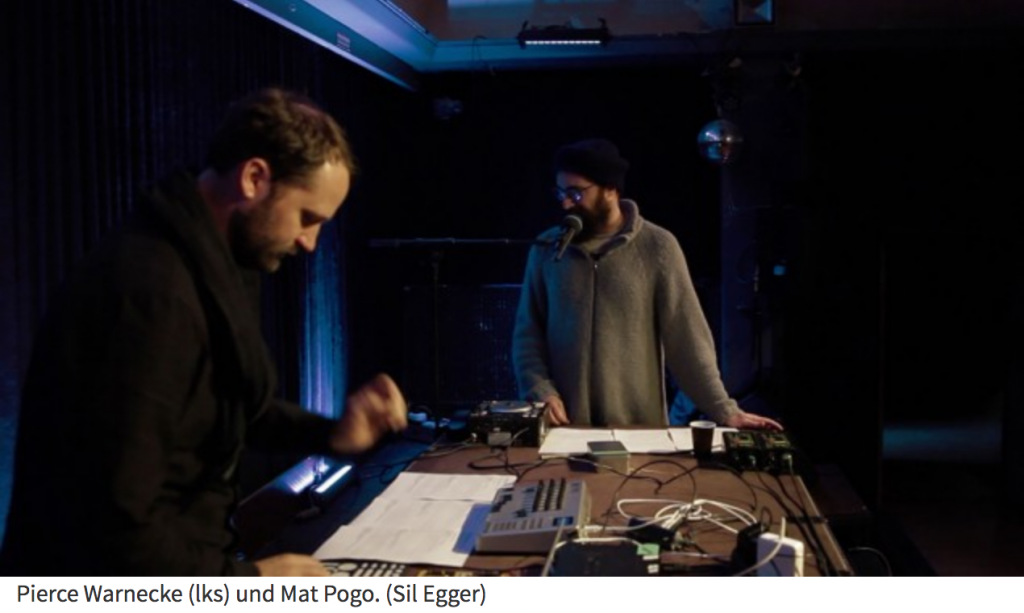